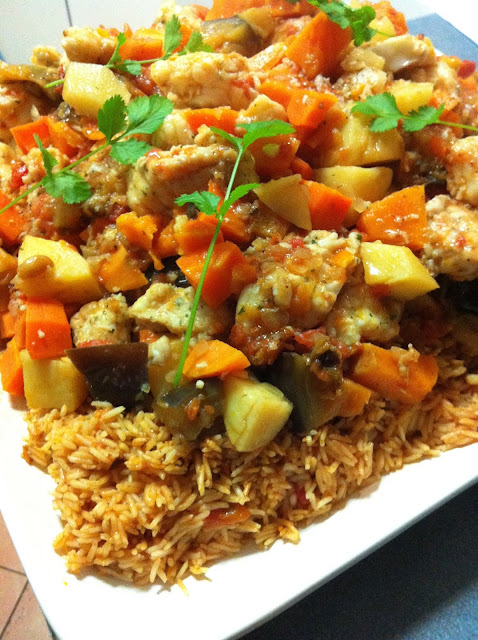 Mauritania, officially the Islamic Republic of Mauritania, is a country in the Maghreb region of Western North Africa which is bordered by the Western Sahara to the North, Algeria in the North East, Mali in the South East, Senegal in the South West & the Atlantic Ocean  in the West. The vast majority of Mauritania is desert, which is a factor in the country's rather limited food resources. It is not a wealthy country in monetary terms as around 20% of Mauritanians live on less than $1.25 US per day. Yet Mauritanian culture & cuisine is rich in terms of tradition, customs & influences because it is the country where North and West Africa meet.
The cuisine of Mauritania is predominantly West African with historic influences from nomadic Arabic & African peoples who have lived in and traversed the barren dune landscape of the Sahara Desert in caravans. Mauritania is a relatively isolated land, however, it has multiple food influences due to cuisine exchange between neighbours Senegal & Morocco, as well as French culinary adaption derived from colonisation until 1960. From the kitchen’s perspective we could see the desert influences in the recipes. There was almost no food wastage, the use of water was intelligent and a relatively small amount of ingredients made a mountain of food that could have feed 12 people 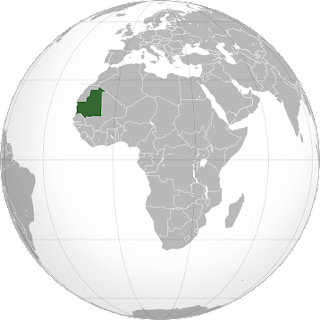 Method:
1.    Cut eggplant, carrot, yam/sweet potato & potato into 2 cm chunks then soak in a large pot in10 cups water (2 ½ litres) with 4 cloves peeled garlic
2.    Put the seasoned flour in a bag then add the fish & shake until the fish is well coated with the seasoning
3.    Add enough oil to cover the bottom of a large cooking pot & add the peanuts
4.    heat the oil and fry the fish, turning fish so it browns on all sides.
5.    If the pot gets too dry during frying add more oil
6.    When the fish is brown on all sides take it out of the pot & set aside
7.     mIx the tomato paste, crushed tomatoes, the crumbled stock cubes, a large pinch salt & small pinch black pepper together
8.    Add the butter to the pot, add onion & crushed garlic & sauté until soft
9.    add the tomato mixture to the onions and oil in the pot  & cook  briefly
10. then add the vegetables (including whole garlic), the water they were soaking in, to the pot & stir well
11. add the whole hot pepper tied to a piece of string that is also tied on the other end to the handle of the pot for easy extraction later
12.  now bring the pot to the boil, turn heat to low, cover the pot & allow vegetables to gently cook as a slow boil until soft (about 30-40 minutes)
13.  For the last five minutes put fried fish back into the pot
14.  gently scoop out the fish & vegetables from the liquid & keep aside in another container to keep warm for next 25 minutes
15. Now you are ready to cook the rice but first it is important to make sure you have the right amount of  liquid
16. pour the liquid out of the pot into a jug & measure it. You will need 8 cups (2 ltr) liquid to cook the rice. If there is more than 8 cups put the liquid back in the pot & boil down a little to make 8 cups. If there is not 8 cups of liquid then add enough water to bring the liquid to the right amount then put back in the pot
17. Add rice, 1 tsp salt & a little oil to the pot
18. Bring to a boil stirring with a wooden spoon and then turn down heat to very low and cover, cooking for 10 minutes
19. Without lifting off the lid, turn the heat off & leave the pot on the cooling element for a further 10 minutes so the rice finishes cooking in the steaming liquid. Do not remove the lid until you are ready to serve
20.  To serve the meal, turn the rice out onto a large bowl/platter including any burnt or crisp rice which is considered a delicacy
21. Now arrange the fish and vegetables (that you have kept warm) evenly across the centre of the rice so there is something nice for everyone eating
22. The platter is then served onto the table as a shared meal
23. Garnish with fresh coriander leaves
24. in Mauritania it would be customary for everyone to sit around the bowl and take their share of the meal from the part of the platter immediately in front of them, though, the host or hostess will often  place the platter on the table in such a way that especially nice pieces of fish or vegetables are in front of their guests

Method
1.    Mix dates, raisins, and chickpeas into the couscous and add just enough water to soften.
2.    Place dampened couscous in a colander lined with cheesecloth or muslin.
3.    Place the colander over a pot of boiling water and steam until done – about 25 mins
4.    Drizzle the Couscous with melted butter before serving

Popular posts from this blog 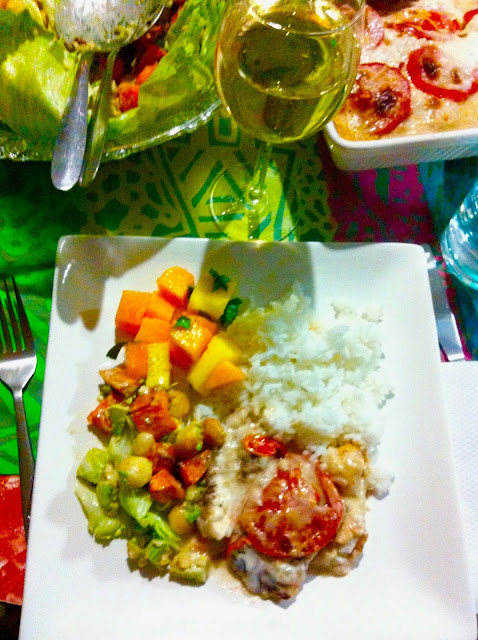 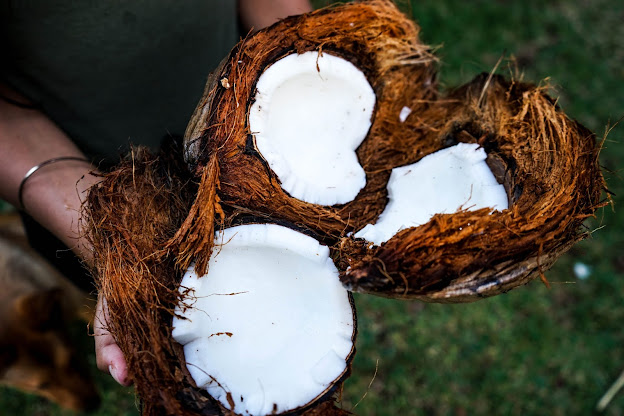 Kiribati,  officially the   Republic of Kiribati   is an island nation of 33 atolls & islands spread out across the equator in the central Pacific Ocean. Snuggled just inside the International Date line, the most eastern of the Kiribati Islands has the most advanced time on the Globe,    so quite literally the World’s day starts here on these lovely islands.  Kiribati has significant food security issues. Whilst fresh local foods such as fish & coconuts are abundant, there is limited variety. On top of this there is a shortage of vegetables & clean, fresh water. So the people of Kiribati are heavily reliant on supplementary foods coming in by boat. There were a few Kiribati recipes we would have loved to try cooking, for instance Kiribati Slow Roasted Pork or anything in an earth-oven packed with sea-weed, but we didn’t have the time or set up. The food we did cook looked amazing on the table & with Kiribati music playing there was a lovely relaxed & happy ‘vib
Read more

Q Zine
Hi everyone I hope I can reach out to you and encourage you to try new foods. I am a culinary writer who is publishing my recipes for free here in the hope we can rescue lost food traditions. And through our shared delight of food build understanding across cultures. I started my food journey as a teenager who needed to know more about nutrition. That passion launched me into a food adventure. So I trained in Australia as a Chef in the classical French style working in International Hotels & beautiful restaurants with amazing people from across the World. I learnt the hard way as an apprentice under the watchful eyes of a head Chef. You don't have to go through that as I already know you want to cook so I want to share what I learnt with you. I truely find this blog the most exciting food journey yet and I do hope you come with me on this one as it opens the doors to many wonderful treats I could never have found in the world of the professional chef